The UK government’s announcement that it has put millions into a rare earth metals processing plant near Hull perhaps reflects a real concern about Europe’s over-reliance on a limited number of rare earth metal suppliers globally. Unprecedented heat, the effects of supply chain disruptions globally, and rising food prices because of a dependency on Russian and Ukrainian grain all point to a long-term shake-out of supply chains in trade to reduce the risks associated with single sources of critical resources.

Now is undoubtedly the moment where a strategic, and integrated approach to sustainability, economic development and growth, and, sadly, military conflict, needs to be developed by businesses, governments and financial institutions. Trade has a central role to play in this strategy, as it always has. The World Trade Organisation’s very purpose is to create a free and fair trading system that is open to and beneficial for all. These are well-rehearsed arguments and ones that begin to sound like platitudes against a backdrop of environmental destruction, rising social and economic costs, and increased conflict that arguably have emanated from the very globalisation that free and fair trade was meant to represent.

So now it is less about why trade matters for environmental, social or governance/geopolitical reasons. Rather, it is about how trade can help us predict the challenges of the future and, as a result, help us mitigate those challenges when they arise, which they certainly will.

Let’s take fossil fuel dependency as an example. The Paris accord has set a principle for the world to achieve net zero carbon emissions by 2050. One way of achieving this is to move away from the internal combustion engine towards electronic vehicles instead; if we are to switch entirely to electric vehicles to enable this significant enough drop in emissions, then we will need some 290 million charging points across Europe, or some $500bn in public-private investment, by 2040.

Of course, this means we need lithium-ion batteries and this presents some clear supply chain and geopolitical challenges:

Rare metals are used in every day life and are essential to the way in which we transition to clean energy, adapt our economies to make them digital, and fight our wars with faster and more efficient technology-based weapons. Yet China accounts for around 25% of all rare earth exports, while Russia accounts for nearly 20% of all Palladium exports. There are already challenges to NATO’s supply chains of military weapons; imagine what would happen to our sustainability agenda, our economies, or our defence industry if China or Russia halted their supplies of some of these rare metals.

The world faces three simultaneous challenges right now: climate, economic and military. All of these are matters of extreme importance for national and international security. At the recent WTO ministerial meeting, there were warm words, an agreement to WTO reform and a commitment to maintaining the rules-based international order. Given that many delegates would not, or could not, negotiate with Russia this could be seen as something of an achievement.

But “open and inclusive” trade is not enough to prepare trade, and trade finance, for a conflicted future. Whatever happens as a result of the Russia-Ukraine crisis, the world will not, indeed cannot, be the same again. The pandemic, conflict and supply chain blockages have altered our perception of where we need to resource supplies from, and what we need to manage this transition.

And yet we are still naïve. For The Economist, the solution to the fall-out from the current energy shock is to suggest “steadily extending measures with more certainty about which energy sources can be used and for how long.” This is necessarily true – of course we need to transition, and of course we need a transition that makes energy supply and security stronger. But have we thought about the unforeseen consequences that this transition will entail – it could increase our energy, economic, and indeed military dependency on China and Russia in particular, not reduce it. Navigating the path ahead means challenging the accepted wisdom now – and the rare earth challenge could well end up as the battle for the 21st Century. 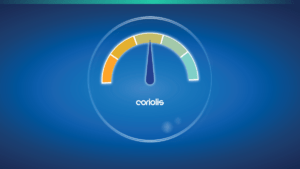 As the world faces continued economic and environmental threats the need for collaboration between financial institutions, international businesses, and policymakers is vital in making trade sustainable 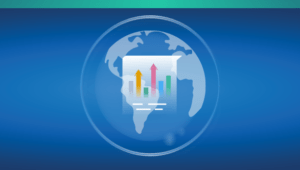 What is the International Sustainability Standards Board?

As calls for greater transparency around ESG issues have grown, so too has the need for an ESG reporting framework. The purpose of the ISSB is to meet this need 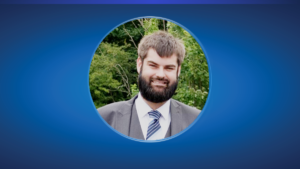