On 12 December 2015, world leaders at the UN Climate Change Conference (COP21) in Paris reached a breakthrough to tackle climate change and its negative impacts by announcing the historic Paris Agreement. The Paris Agreement includes 193 Parties from around the globe and entered into force on 4 November 2016 with a clear and simple goal:

The Paris Agreement is a landmark in the multilateral climate change process because, for the first time, a binding agreement brings all nations into a common cause to undertake ambitious efforts to combat climate change and adapt to its effects.

The agreement is a legally binding international treaty on climate change adopted by 196 Parties at COP 21 in Paris on 12 December 2015 and entered into force on 4 November 2016.

Its goal is to limit global warming to well below 2, preferably to 1.5 degrees Celsius, compared to pre-industrial levels. Countries aim to reach the global peaking of greenhouse gas emissions as soon as possible to achieve a climate-neutral world by mid-century.

The Paris Agreement requires all Parties to put forward their best efforts through “nationally determined contributions” (NDCs) and strengthen these efforts in the years ahead. This effort includes requirements that all Parties regularly report on their emissions and implementation efforts. Every five years, there is a global stocktake to assess the collective progress towards the agreed goals and inform further individual actions by Parties.

Since the UN announced the agreement, analysts and commentators have discussed the many implications of the underlying aims across global industries. More recently, during COP26 at the end of 2021, there was an apparent urgency to maintain momentum as 2030 looms closer. Alongside this, regulators in the EU, in particular, introduced stringent mandatory reporting requirements in the form of the Sustainable Finance Disclosure Regulation (SFDR), the EU Taxonomy Regulations and the imminent Supply Chain Act. These regulations follow the Paris Agreement and aim to catalyse a profound change in the way exporters operate and how financial institutions view the risks associated with their clients and their investment portfolios.

All of these measures will be introduced in 2022, and by 2023 there will be requirements to report on both the “E” and “S” aspects of ESG (Environmental, Social and Governance) criteria. More recently, the EU’s reliance on Russia for oil and gas, in particular, has spotlighted the need to source energy from alternative suppliers and alternative means. As a result of all this, the importance of “G” in ESG has also increased.

Therefore, where Anti-Money Laundering (AML) and Know Your Client (KYC) regulations have shifted onboarding and compliance processes, the ESG reporting requirements now also require a shift in the types of businesses with which banks can work. This structural shift will be the biggest in generations and affect how companies and their financial service providers operate.

The key to ensuring that such a significant shift is smooth and successful per the Paris Agreement is to offer an automated, non-biased ESG measuring tool developed in line with the underlying aims of the United Nations. Coriolis Technologies is currently working with international banks and trade organisations to build a system that provides this solution and aims to release this to the market later this year.

What is even more imperative is that we take action. It has been over six years since the Paris Agreement, and less than eight years remain on the original deadline. Time for analysis and commentary is running short, and we must take action.

For more information on ESG...

Our Sustainability tracking solution is currently in being tested by our Kosmos Working Group (KWG): a non-competitive working group, including banks, insurers, and professional bodies. Click here to learn more about the KWG. We expect to open the solution up to a wider audience towards the close of 2022.

Submit your details and we will add you to our database and update you on the progress of development and the release date of version 2.0. Alternatively, contact us directly here.

Please note, that your online safety and security are important to us. We understand the sensitivity of your data and will never pass your information on to any third party. Your data will be added to our private database so that we can notify you of any upcoming releases and send you our monthly updates. 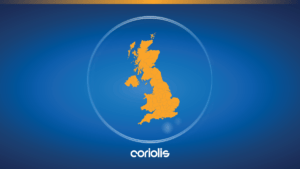 The outlook for the coming months looks difficult for UK exporters, especially given the current geopolitical situation. Our projections suggest that there could be a mild uptick during May, however, the June and July forecasts show that exporter counts will flat-line at best; at worst, any May growth will be short-lived. 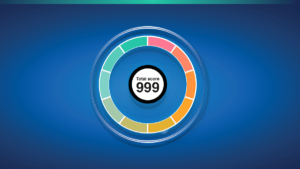 Since the UN announced the Paris Agreement in 2015, analysts and commentators have discussed the many implications of the underlying aims across global industries. During COP26 at the end of 2021, there was an urgency to maintain momentum as the 2030 deadline looms closer. Time is running short for a solution, and automated ESG scoring technology offers a valuable mechanism for the industry to move forward with an intuitive scoring system that works to help banks and businesses avoid penalties from regulators and manage reputation in a true and objective way. 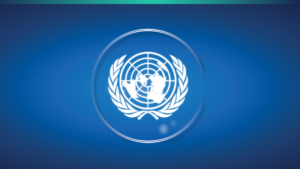 What are the United Nations Sustainable Development Goals & What do they mean for ESG Regulation in Banks and Businesses?

In essence, any resolution to the problem means moving from punitive solutions to ones that “nudge” behaviours. This resolution means taking our aspirations and goals to deliverable and measurable actions. In essence, the UN has outlined exactly ‘What’ we need to measure to become globally sustainable and has given us guidelines from which we can map all ESG (Environmental, Social & Governance) activity.