UK exporters are feeling the pinch, and there is no way of packaging this so that it is easy. The largest businesses appear to have been most severely affected. There are nearly 9% fewer of them compared to 3% fewer medium-sized businesses, almost 5% fewer small businesses and 6% fewer micro-businesses who were exporting in February compared to a year ago.

Large exporters were disproportionately affected. Their revenues fell by around 12.4% in January compared to a 0.3% drop in medium-sized businesses’ revenues. The need to diversify and redistribute supply chains to create less reliance on Europe has significantly impacted larger firms.

Small companies were also severely affected with a decline of over 16% in revenues, which directly impacts their budgets, but not broader operations. This is a direct consequence of disruptions to imports in the early part of 2022

After a start to 2022 that saw imports from Europe subject to the same customs declarations as exports, delays at ports and more supply chain disruptions were inevitable. The result is that exporters have suffered: there are 5% fewer exporters compared to 12 months ago, their employment has fallen back by nearly 5.5% and their revenues by almost 11% compared to a year ago.

The effects of a shift in how exporter numbers were calculated in February 2022 have now worked through the data, so the year-on-year comparisons are a good reflection of the impact that the changes have had on the export sector over the past 12 months.

Trade conditions for exporters remain tough across the UK nations, although Scotland appears to have fared better than the rest of the UK over the last month. We expect a mild uptick in March across all UK nations, but the more prolonged term effects of Brexit and supply chain shortages are working through. As we additionally start to see the impact of the Russia-Ukraine crisis, we can expect substantial downside risk to the more positive outlook over the next two months.

“Our data highlights how difficult UK Exporters have found last 12 months following the global pandemic and Brexit. For the first time we are seeing the largest businesses struggle more than medium or micro businesses and this is a timely reminder of how sensitive all UK exports are to the current global climate. On a positive note, there are signs of resilience that would typically indicate potential improvement in exporter revenues in the coming months. However, given the current backdrop of heightened political risk, optimism needs to be tempered with reality.”

“This month’s export monitor serves as a timely reminder that businesses of all sizes in the UK need help and support to keep goods flowing in and out of the country. The past 12 months have been a learning curve for importers and exporters alike, adapting to the changes in the UK’s trading relationship with Europe. It is clear that there are macro issues which have disrupted the UK economy and businesses’ ability to reshape their supply chains and market development.

“The Department for International Trade’s Exporter Support Service is a welcome initiative helping signpost trade information but it is clear that there is more help and support needed to ensure UK businesses are able to realise the benefits of new trade agreements and global partnerships. Training is the essential tool that will give companies the confidence to trade compliantly and effectively with the rest of the world.”

The findings in detail:

NOTE: The data for Scotland, Wales and Northern Ireland are given in the Appendix

NOTE: The data for Scotland, Wales and Northern Ireland are presented in the appendix

The UK has seen a 9.3% decrease in the total revenue generated by exporting businesses over the last 12 months with a drop from £5.2bn to £4.7bn. In line with this, no nation performed better in February 2022 than February 2021. Northern Ireland experienced the biggest decrease of 13%, whereas Scotland was the most resilient with only a 4.9% drop.

NOTE: The data for Scotland, Wales and Northern Ireland are presented in the appendix

The 12-month moving average number of exporters fell back in February 2022 by -5.09%. This compared to an increase of over 69%in the number of exporters in the 12 months to January 2021. However, the growth in the previous year was distorted by a re-calculation of the way in which UK tax authorities collected data about exporters from the UK to Europe. Exporters to Europe were included from February 2021 thus the jump between January and February is included in the data for 2021.

The amount of revenue generated by exporting businesses fell by 10.73%. in the 12 months to February 2022. In the 12 months to February 2021 revenues increased by 29.21% which is proportionately less than the increases in the counts and employment of UK exporting businesses. This suggests that the profitability of businesses of all sizes has been affected by the events of the last 2 years.

We expected this drop in the 12 month moving average, although it is slightly larger than the 4% we predicted in January. This suggests that the effects of import delays in January did impact exports in February. We are expecting a mild pick up in the numbers of exporters and revenues in March but for employment to continue to contract by over 6% accounted for by large businesses in particular 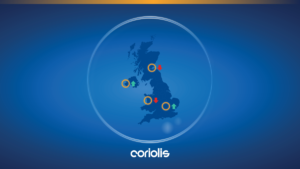 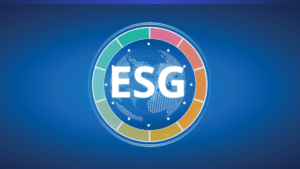 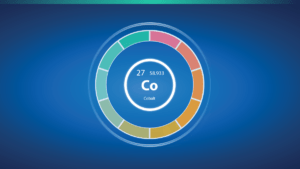