However, using a 12-month moving average, the numbers of exporters has dropped by 0.6%, their revenues by 0.7% and their employment by 1.3% and comes on the back of declines in February and projected declines in May and June after a small projected increase in April.

At a regional level, Yorkshire and Humberside has fared the worst over the past 12 months, with the largest 12-month moving average decline in revenues of any region. Exporter revenues dropped by nearly 3% and exporter counts by 2.5% while employment dropped by 0.9%, matched only by the South East. Yorkshire and Humberside has also had the worst drop in both employment and revenues of any region comparing Q1 2022 with Q1 2021. In Q1 2022, exporter revenues fell by nearly 10% and employment by 13.5% compared to a year earlier. Large companies in the region were particularly severely hit by a 17.5% drop in revenues. This pattern seems to be replicated in the month-on-month change since February with the region again suffering a drop in revenues and employment, even though the numbers of exporting companies rose marginally.

Wales appears to be faring the best since Brexit. Although employment and revenues have declined over the past 12 months the numbers of exporting companies has increased. Its drop in employment over the last quarter has been the lowest of any region at just over 2% and Wales, alongside Northern Ireland, have been the two nations over the last quarter where revenues have also dropped the least (-3.7% and –1.9% respectively).

The reasons for this may lie in the sectoral balance of exports across the UK nations. For example, arts and entertainment exporters in Northern Ireland have done well, perhaps reflecting its popularity as a filming location, as have real estate exporters, reflecting a general buoyancy in the real estate market.

At a broader sector level, there is evidence of both recovery from the Covid pandemic and Brexit supply chain shortage effects. For example, over the last 12 months, revenues and employment accommodation and arts and entertainment have grown although the number of exporters has fallen back. In other words, these businesses have not re-recruited staff but have used the pandemic as a way of becoming more efficient. This is similarly the case for agriculture and public administration and defence.

Construction, energy supplies and professional services exporters have fewer employees and lower revenues, while there are fewer financial services exporters and they employ fewer people, but revenues are higher. The growth in exporter revenues over the past month (February 2022 to March 2022) in public administration and defence arguably reflects the immediate impact on exporters in these sectors from Russia-Ukraine crisis. As a result of the new and updated sanctions Coriolis Technologies and the Institute of Exporters and International Trade have developed an online sanctions tool to support exporters and ensure they do not fall foul of new regulation. The tool can be used online for free at https://coriolistechnologies.com/coriolis-technologies-real-time-global-sanctions-tracker/.

“Since 2020 there has been a general drop in exporter activity and so seeing the expected post-Covid rebound fall flat offers little hope for growth as global geopolitical risk heightens. Our data has been indicating a decline in exports and exporters since last year, and our forecast is for further downside risk because of sanctions and uncertainty in the wake of the Russia-Ukraine crisis.”

“These detailed quarterly figures will make concerning reading for anyone interested in promoting UK exports. Brexit is clearly playing a role in inhibiting exporters from selling their goods and services as widely as they once did, but other factors such as the global supply chain crisis and the ongoing war in Ukraine also play their part. The mechanisms as to how that is happening are quite complex and seem to be spread across a range of different of sectors and regions. We have to make exporting easier for companies and encourage them to train their people – that’s why last month the IOE&IT made £1 million of training freely available. Take up has been really encouraging with all the funding being allocated in less than a week, demonstrating that traders want to do more – these figures show us how big the task is.” 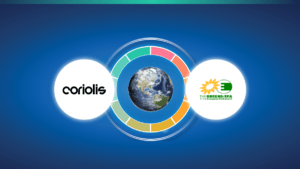 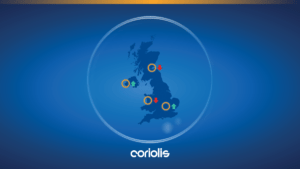 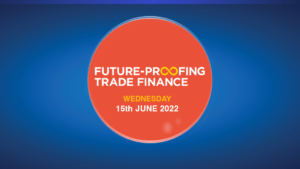